Forget mass manufactured items of clothing – the charm of handwoven fabrics (Khadi) is making its biggest comeback yet since Mahatma Gandhi’s Independence movement. With Indian Prime Minister’s rallying cry for ‘Make In India’ in September 2014, the handspun khadi has been returned to its venerated title of the fabric of the nation.

“There is no doubt that this call to 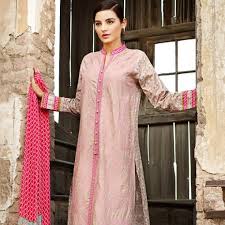 the nation has helped in sales for Khadi Gramodyog Bhavans, but truthfully speaking, the rise of khadi for many people as a homegrown fabric started many years ago,” says FDCI president Sunil Sethi. It may come as a surprise, but the ball was set rolling back in the year 2000, when Sethi had taken khadi creations by celebrated designers like Rohit Bal and Rajesh Pratap for sale to the Selfridges department store in the UK.
“Textile specialists and designers inclined towards Indian textiles never lost faith when the fabric didn’t get the kind of boost it should. If you look back, you’ll see that their lines have always carried khadi,” he adds.